On January 13th，the third press conference on the achievements of Hainan’s“13th Five-Year Plan” was held in Haikou, with the theme of“Marked Effects of Economic Structural Adjustment”. The spokesman gave a brief introduction to the highlights of the operation of the economy during Hainan’s“13th Five-Year Plan (2016-2020)”, as well as the development of domestic and foreign investment, consumer spending, foreign trade, and other fields.

In April 2020, the province’s fixed investment growth rate achieved positive growth for the first time in 22 months, and the growth continued for eight consecutive months as of November of that year. 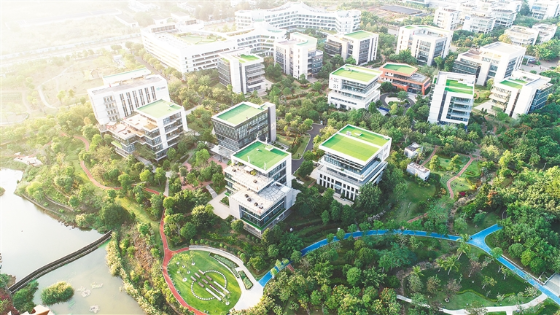 1.2 The investment structure has been gradually optimized.

In 2016, real estate investment accounted for47.7% of fixed asset investment in Hainan Province, while the proportion dropped to 39.2% from January to November 2020, a reduction of 8.5 percent.

2.1 The commodity structure has been continuously optimized.

2.2 There has been new progress in the new trade pattern

In the first 11 months of 2020, cross-border e-commerce imports across the province totaled457 million yuan, an increase of531.2%.

In the past five years, in terms of service trade, the province has seen an average growth rate of 11.85%, as well as remarkable effects on industrial innovation.

2.3 Both quantity and quality have been improved.

In the past three years, service trade market entities registered in Hainan have increased by2.1 times.

Affected by the epidemic in 2020, the annual import and export service level stayed nearly identical to the national average.

In 2020, among the 12 service trade sectors,7 emerging sectors have achieved positive growth, with annual imports and exports increasing by1.10 times.

Emerging service trade volume accounted for56.95% of the total in 2020, much higher than the22.89% of the same period last year.

3.1 The structure of the foreign investment industry has been constantly optimized.

According to preliminary statistics, in 2020, newly established foreign-funded enterprises in the modern service industry accounted for about90% of the yearly total.

In 2020, there were80 countries and regions investing in Hainan, doubling last year's numbers. Investors basically cover all G20 member states, all RCEP partner countries except Brunei, 15 EU countries including France, Germany, and Italy, and nearly half of the 65 countries along the“Belt and Road”.