The 6th Asian Beach Games to be held as scheduled 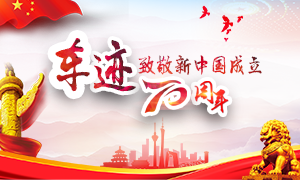 Yesterday at 16:37, the Olympic Council of Asia (OCA) sent an email to the Olympic committees of 45 countries and regions in Asia, informing them of the clearing of hospitalized cases of COVID-19. It once again stated that the 2020 Sixth Asian Beach Games will be held as scheduled from November 28 to December 6，2020.

At 10 am on March 8th, as the last patient diagnosed with COVID-19 was cured and discharged, it marked the zero number of hospitalized cases in Sanya. In the past two months, the Sanya Municipal Party Committee and Municipal Government have resolutely implemented the spirit of General Secretary Xi Jinping's important speech. Following the decision-making arrangements of the Provincial Party Committee and the Provincial Government, the epidemic has effectively been stopped the spread. And it has achieved staged victory in the fight against the epidemic. Organizing Committee of the Sanya Asian Beach Games focused on the prevention and control of the epidemic situation and the preparation of the event, and quickly promoted the preparations for the venue construction, the construction of the main media center, and the opening and closing ceremonies. The organizing committee actively communicated with the Olympic Council of Asia, and timely notified the progress of the Sanya epidemic prevention and control, which was understood and supported by the Olympic Council of Asia. The Olympic Council of Asia (OCA) said it would continue to support the Organizing Committee of the Sanya Asian Beach Games, and work together to make preparations for the event.

In the letter from the Chinese Olympic Committee President, Gou Zhongwen, to the OCA President, Sheikh Ahmad Al Fahad Al Sabah, it is stated that preparations for the Sanya 2020 Asian Beach Games would not be delayed due to the impact of the epidemic.