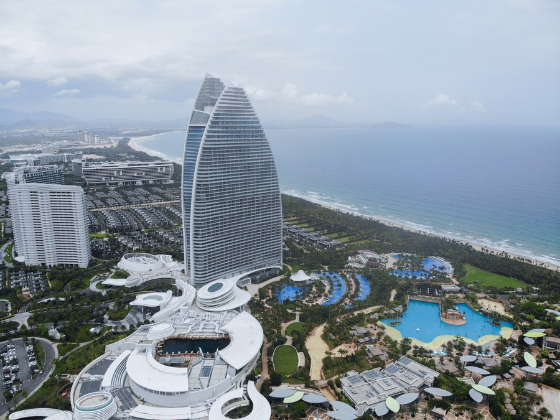 A total of 73 foreign diplomats from 37 countries on Wednesday started to visit south China's Hainan Province where a free trade port is being built, said the provincial foreign affairs office.

The visitors, including foreign ambassadors and consular officials based in the cities of Guangzhou and Shanghai, will learn about the favorable policies concerning the construction of the free trade port and the development of characteristic industries.

Hainan has 64 sister cities from across the world and has been promoting its exchanges and cooperation with other countries in various areas, particularly since construction of the free trade port began.

So far, 27 companies from the Republic of Korea and one from China's Hong Kong Special Administrative Region have signed agreements to establish operations in Hainan, along with several theme parks and educational establishments, said Wang Sheng, director of the provincial foreign affairs office.

China released a master plan on June 1 for building the Hainan free trade port, with a range of favorable policies such as tariff-free imports and free-duty shopping, showcasing its firm commitment to opening-up.