These days in Hainan, although the island retains her sunny, tropical personality, as the end of the Lunar Year approaches, every street and lane is beginning to glow with a cheery Spring Festival atmosphere. Since ancient times, there have often been great scholars, writers, and artists who, for various reasons, spent Spring Festival right here in Hainan. Several of them even composed verses to mark the occasion, verses which are now considered literary treasures of Hainan.

In ancient times, many court officials were banished to Hainan, where they languished, bemoaning their lost status. Especially during the Tang and Song Dynasties, many a faithful, honest official fell prey to the crafty plots of others, or spoke out on matters of principle, and was sent packing down to Hainan. Some of them even lived out the rest of their lives on this remote southern island. For many of them, even the spectacular beauty of this tropical paradise did little to alleviate their sorrow.

Later counted amongst the“Five Officials” commemorated at Haikou’s Temple of the Five Officials, Zhao Ding was framed by the Song Dynasty traitor Qing Hui and was banished to what would later become the town of Sanya. There, the weather was warm year-round, with even the winter air seldom turning cool to give a hint that the end of the year was near. Living in that remote area, Zhao Ding remembered the part he had played in restoring the Southern Song Dynasty to its previous glory, and could not help shedding a few tears. Lifting his pen, he wrote the verse titled“Partridges in the Sky” and sent it to the distant capital, then located in Nanjing. When the New Year arrived, Nanjing would surely be filled with vibrant colors and sparkling lights, while he had only a branch of peach blossoms to keep him company. Zhao Ding’s grief welled up from within as he considered all that he had done in service of his country, which had all been destroyed by the betrayal that sent him into exile. With the glory of the Southern Song withering, even the lush green natural landscapes of South China could not move Zhao Ding’s heart.

Included along with Zhao Ding in the list of the“Five Officials”, Hu Quan had a much more cheerful outlook than that of Zhao Ding. It seems that as soon as he arrived in the village of Maichou in Hainan’s Chengmai County, he settled in and began to adapt himself to the local customs. Later, when the traitors who had maligned him had been ousted, Hu Quan was once more installed at court. He never forgot, however, the joyous golden, sunny years he had spent in Hainan. 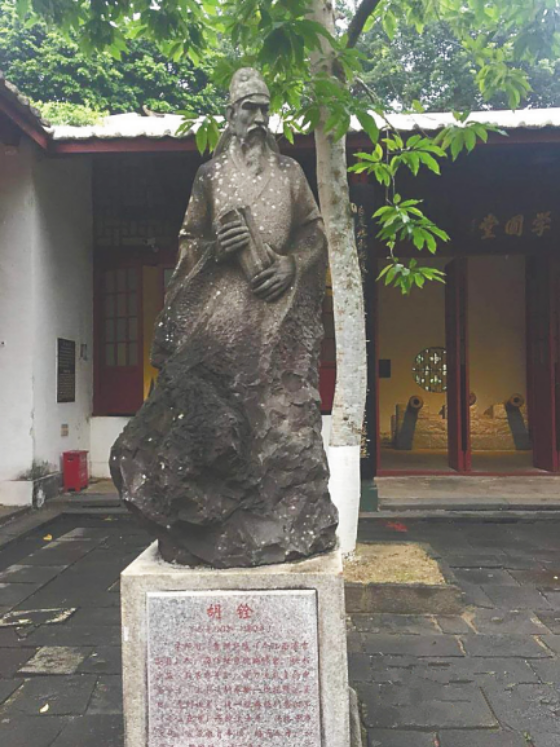 After Su Dongpo, also known as Su Shi, came to Danzhou, he quickly earned the love and respect of the local elders, so much so that even now he is remembered every Spring Festival for bringing the culture of China’s Central Plains region to Danzhou, and as one of the greatest literary sages ever to tread the shores of Hainan. Locals recalled how they took him out for an evening stroll when he first arrived. Su Dongpo saw a town unlike any he’d known, with Han and Li people rubbing shoulders in the streets. It was Spring Festival time, and the meat and alcohol that was normally difficult to find was now for sale everywhere. After his late night outing, he returned home to find his family sound asleep, and burst out in laughter. He’d gotten a look at the night scenery of Danzhou, and they had gotten a good night’s sleep. Had he missed out, or had they? 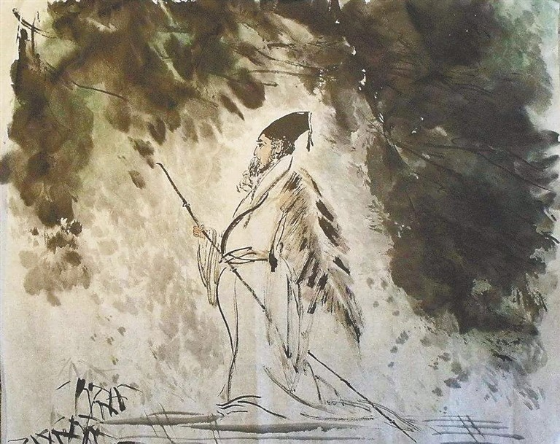 The scenery in Hainan is completely different from what you’ll find in the Chinese mailand, and has always attracted visitors in great numbers. After Su Dongpo founded his Danzhou Academy, Hainan began to produce quite a few local scholars, who began to extoll the virtues of the island in verse that didn’t resemble at all the lines produced by those banished officials from the courtly capital.

In the 19th year of the Mind Dynasty, famed playwright Tang Xianzu was banished to Xuwen, Guangdong, causing great sadness in the land. Tang Xianzu, however, was thrilled. Across the strait from Xuwen, of course, lay Hainan, and Hainan was the place his heart had long yearned to go. After arriving in Xuwen, Tang Xianzu impatiently took care of setting up his household and then hurried across the water to Hainan, forgetting that it was already the end of the Lunar Year, and that Spring Festival celebrations were soon to begin. He was fascinated by everything on the island of Hainan, animatedly discussing everything he discovered with others and later setting down a complete account of his impressions of the Hainan New Year holiday in verse.

Spring Festival has again been here before you know it, and as you celebrate here in Hainan, keep in mind the many who have also spent the New Year here in ancient times. Taking a look around the magnificent island scenery, and making the most of the holiday festivities, what great Hainan masterpieces will you compose?